The artist, Bengt Lindström (1925-2008) was born in northern Sweden, but spent most of his career in Paris. Now and then, he visited his friend and art dealer Curt Aspelin in Mora. Lindström was very fond of Mora and dreamed in vain about skiing the Vasaloppet. For the 50th anniversary of the famous race in 1972, he offered to donate a painting to be used for diplomas and in marketing. The motif was of king Gustav Vasa on skis, executed in the artist’s usual rough manner. When Mora-Nisse, a Swedish skiing legend, saw the picture he exclaimed: “A skier is not that ugly!” And so, Lindström’s offer was denied.

Bengt Lindström had a solid art education with studies in Stockholm, Copenhagen and Chicago. In 1947, he travelled to Paris to learn from famous artists such as André Lhôte and Ferdinand Léger – and he remained in France. In the mid-1960s, after a period of artistic search, he eventually found the colorful and powerful style that became his signature and which over the next few decades led to great success. In the 1980s, he painted some of his most well-known works with motifs from ancient Nordic mythology.

In August 2003, Bengt Lindström suffered a stroke, which meant the end of his career. Five years later he passed away.

In 2019, the organization, Friends of Zorn received a gift from Curt Aspelin consisting of 31 works by Bengt Lindström. It is this distinguished donation, which includes paintings and drawings from the artist’s entire career, which is exhibited here. Among the works on display is the study of the rejected Gustav Vasa painting. 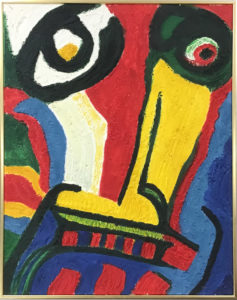 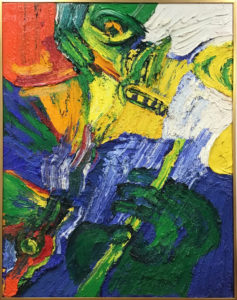